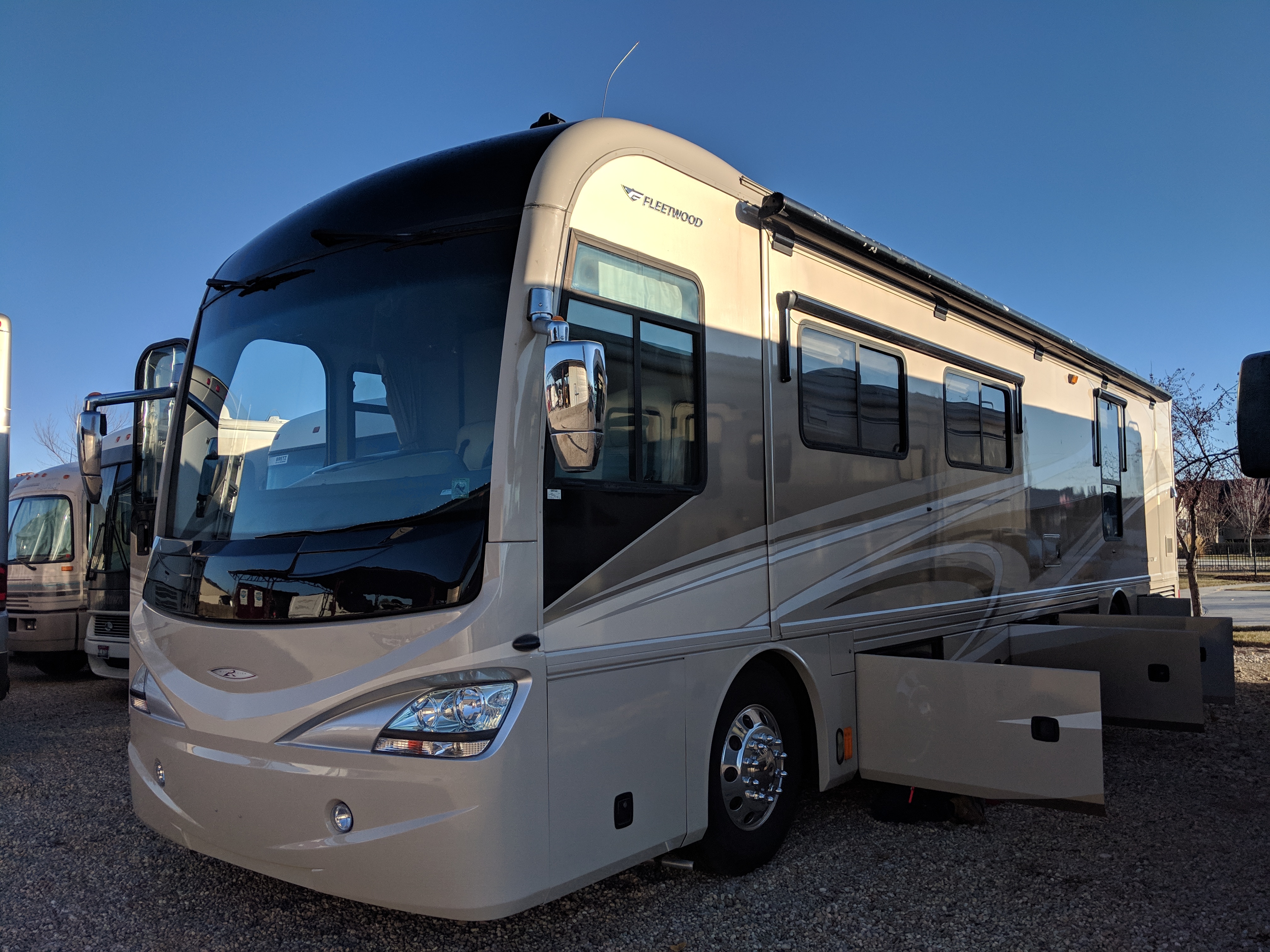 We received our customers Fleetwood Revolution after a pre-existing collision repair had been completed. The slide-outs we’re inoperable on the side of the collision. We began by troubleshooting the electrical system and traced the most obvious points of failure. We found that the collision had caused damage to the pinion gear and wiring harness which caused progressive failure in the slide-out controller.

Electrical repairs can be very time consuming and problematic. They often require a cascading series of tests to determine the root cause of the problem. Once found the component replacement may need to be completed with a computer programmer to set parameters within the component. 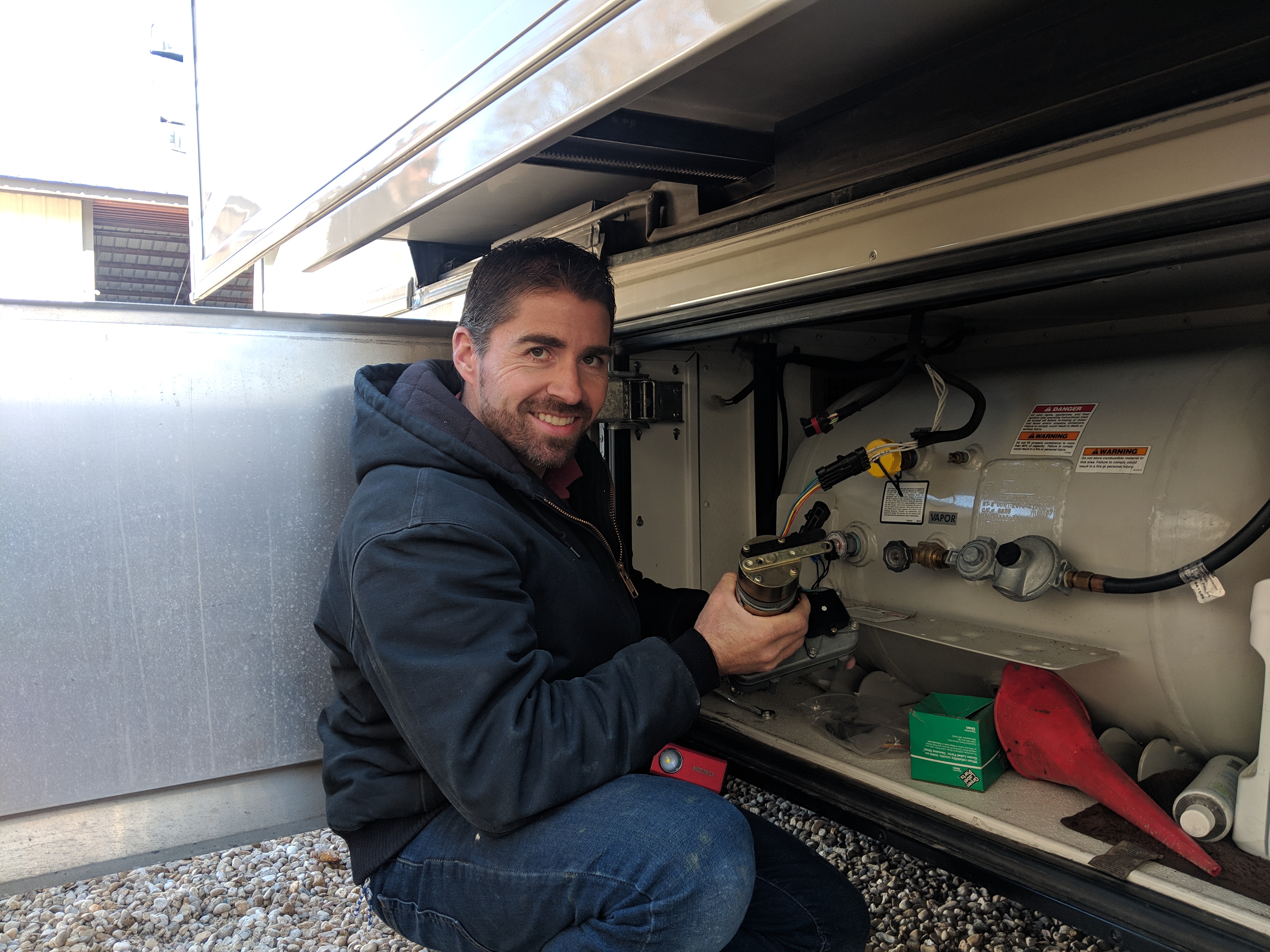 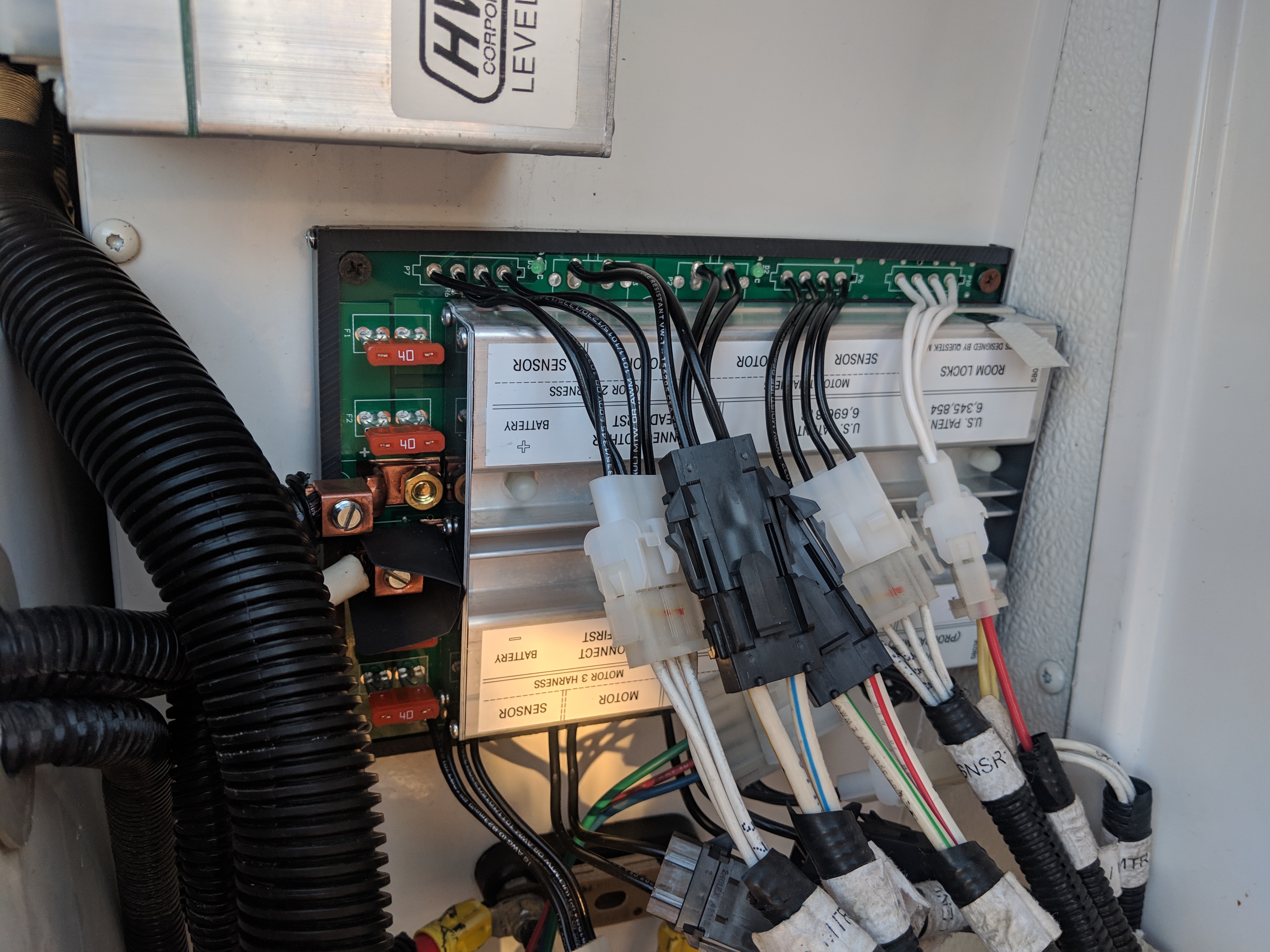